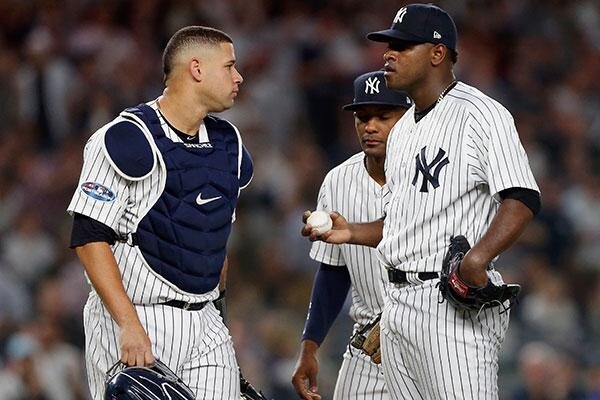 09/13/2020 As with many adults, some kids really enjoy wearing hats. The old tried-and-true baseball cap is popular with lots of children – whether they actually play baseball or not. Throwing a hat like this on during the summer months helps protect their eyes and skin from harmful UV rays, as well as keeping the direct sun off the tops of their heads. In the colder months, hats can help keep your child's body heat where it belongs, allowing them an extra level of warmth when they need it most.

Though there are many styles of hats out there, the baseball cap remains a favorite. While we are going to single out the insanely popular kids New York Yankees Navy 1999 World Series New Era K9FIFTY snapback cap here, we are also going to discuss some of the other baseball cap style hats being worn by today's younger crowd.
THE KIDS NEW YORK YANKEES NAVY 1999 WORLD SERIES NEW ERA K9FIFTY SNAPBACK CAPThis sporty choice by New Era has their 9FIFTY snapback style with the New York Yankees logo on the front. On the right side of the hat is a 1999 World Series diamond-shaped patch in red, white, yellow, and blue. On the flipside of the hat is a small New Era logo flag/patch. The hat is navy with a light gray underside to the bill. Thanks to the snapback style, it contains an adjustable plastic strap across the back for the perfect fit.
READY FOR SOME FUN?Sure, your child is going to have lots of fun wearing their New York Yankees cap. But some kids are just more into cartoon characters than specific sports teams. Fortunately, there are a number of hats with not only cartoons on the front but movie titles and characters as well (i.e., Star Wars).
For kids who love Disney, clothing with Donald Duck and Mickey Mouse on them will always be wardrobe staples. One hat in particular, with Donald Duck on it, is also put out by New Era in the 59FIFTY style. This hat, however, is fitted. With hats such as this it is essential that mom or dad measure the child's head and order the cap according to the sizing chart.
On this 100% wool hat, Donald duck wears a blue hat, red bowtie, and exactly resembles his tried-and-true appearance. On the back of the hat, in bold light blue lettering (which matches the button on the top of the hat and the bill), “Donald Duck” appears (written in all caps). The left side of the hat contains New Era’s standard logo flag/patch in blue-and-white. The underside of the bill is light gray.
HAT HEAVEN FOR KIDS CAPSNot only do we carry the kids New York Yankees Navy 1999 World Series New Era K9FIFTY snapback cap at Hat Heaven, we have literally two pages of hats for kids with sports logos, movie logos, and cartoon characters.
Though many children are into sports in a big way, some prefer Disney characters, Batman, SpongeBob, and other imaginative illustrated creations. If your kid is a Star Wars fan, we've got you covered there as well. Check out our vast array of children's caps today. Purchase a hat or two so you will be ready for the next birthday, Christmas, or what have you.

Established since 1986, Hat Heaven designs premium headwear which includes sports hats and caps. We make it a priority to reflect current and future fashion trends onto our hat designs, pulling influences from streetwear, footwear, and pop culture. We offer a wide range of uniquely inspired caps…