Add your business to ZipLeaf for free!
United States Business Directory
Home » Icey-Tek USA LLC » Articles
Heading Into 2020 and the Official Relaunch of the ICEY-TEK Cooler Brand In the USA. 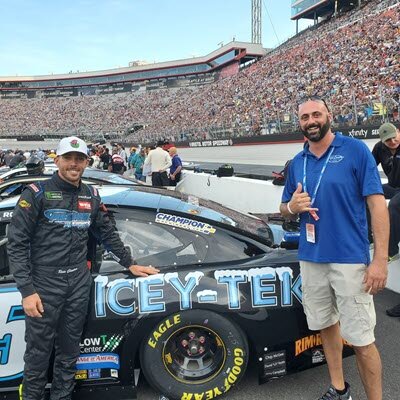 05/19/2020 When most people think of premium coolers, they think of YETI® as the American market leader. But what most people do not know is that ICEY-TEK® played a key role in that company’s origin story. And it’s one that we like to tell.
What many people do not know is that when YETI® founding brothers, Roy and Ryan Seiders, first put the YETI name on a premium cooler in 2005, those coolers were private-labeled versions of ICEY-TEK® roto-molded coolers. Ryan chose to import and private-label ICEY-TEK® coolers as the YETI® “Roughneck™” after seeing them at a local retailer while on a break during a trade show. Ryan had been looking for an ice chest that was heavy-duty and durable was drawn to ICEY-TEK® by the cooler’s ruggedness.
Business agreements attached to that private-labeling deal prohibited the sale of the coolers using the ICEY-TEK brand name in the USA for several years until 2011 when Kentucky-based High-Performance Coolers Inc. procured distribution rights for North America and started selling the ICEY-TEK® brand again with limited success. Meanwhile, globally, ICEY-TEK® remained and remains a globally popular brand in countries like Australia, New Zealand, the United Arab Emirates, and the United Kingdom.
Fast-forward to 2018 when business consultant and Navy veteran Patrick Mudge was called upon by the owner of High-Performance Coolers to help increase the value of the ICEY-TEK distributorship as the owner of High-Performance Coolers sought to execute his business exit strategy.
Patrick soon found himself falling in love with the classic design and proven performance of the coolers and even more so the story behind the brand and soon made the decision to acquire the company himself. That is when he attracted the support and partnership of three Army veterans to help with the acquisition and the exclusive ICEY-TEK® distribution rights for the USA. Those four veterans formed ICEY-TEK USA LLC on 19 April and formally assumed the exclusive rights to the ICEY-TEK® brand here in the USA.
The remainder of 2019 saw the company relocate to Huntingdon TN where they are looking to help further reinvigorate that town’s economy by providing additional jobs and entering into partnerships with local businesses as they re-introduce and grow ICEY-TEK®’s market share. While relocating and getting the infrastructure in place ICEY-TEK USA has been undergoing a soft re-launch via direct to consumer sales through their online store at https://icey-tek.com and building brand recognition through social media, sponsoring a car from NASCAR team Premium Motor Sports during this year’s Bass Pro Shops and NRA Night Race in Bristol TN and holding an Opening Celebration including a massive fireworks display at their distribution center property, complete with fishing pond, in Huntingdon TN. In a market that has become seemingly oversaturated by several “me too” YETI look-alike cooler companies, we often are asked why we chose this path and what makes ICEY-TEK USA different.
All the partners here share a set of what could be called traditional values rooted in being of service. We aren’t looking to become a drinkware or dog bowl company. We simply want to be the best at providing classic coolers with proven performance at a fair price to men and women who appreciate that kind of value. And to give back to our local community as well as our veteran community. Our local community by bolstering the local economy with new jobs and business opportunities, and our veteran community by promoting and financially directly supporting the Michael Strange Foundation and the Navy SEALS Fund. And we have proven that those core values resonate with a lot of people and other companies like Mossy Oak, Gun Dynamics LLC and Premium Motorsports Inc. 2019 has been a great year so far and we are really looking forward to 2020.

The exclusive ICEY-TEK Coolers distributor for the United States. Veteran-owned and operated. The classic rotomolded ice chest that started an industry. Large selection of icebox sizes from the small 25 QT up to the big 1100 QT.The ICEY-TEK cooler brand was originally conceived in Australia in the l…