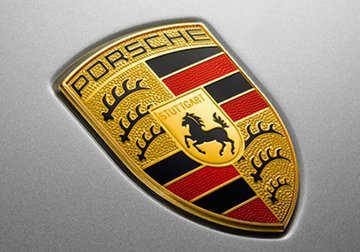 
From the additional sum of three billion euros, some 500 million euros will be used for the development of Mission E variants and derivatives, around one billion euros for electrification and hybridization of the existing product range, several hundred million for the expansion of sites, plus around 700 million euros in new technologies, charging infrastructure and smart mobility.


At Porsche AG's headquarters site in Stuttgart, a new paint shop, a dedicated assembly area, and a conveyor bridge for transporting the painted bodies and drive units to the final assembly area are currently being constructed. The existing engine plant is being expanded to manufacture electric drive trains and the body shop will also be developed. Investment is also planned for the Weissach Development Center. The Mission E project has created approximately 1,200 new jobs.


The purely electric Mission E sports car has a system power of 600 hp, meaning that it is estimated to require fewer than 3.5 seconds to sprint from 0 to 100 km/h. It will also be able to accelerate and brake repeatedly without any loss of performance, and it will offer a range of 500 kilometers on the New European Drive Cycle (NEDC). The charging time will be very short: Thanks to the 800-V system voltage, it will take approximately 15 minutes for 400 kilometers.


In the United States, Porsche is also working with all 189 dealer partners to install fastcharging infrastructure for customers. Six rapid chargers have just been installed at the Porsche Experience Center in Atlanta, with the Los Angeles experience center to follow. Porsche is also working with other organizations on a network of DC fastchargers for U.S. cities and highways.


Plug-in hybrid fast becoming a success story at Porsche
The release of the new Panamera sees the third generation of a Porsche hybrid drive on the road in two different variants. Both variants offer a purely electric range of up to 50 kilometers on the NEDC. The Panamera Turbo S E-Hybrid is the flagship model in the model line - it offers an optimal combination of exceptional performance and maximum efficiency, with a four-liter V8 engine and an electric motor generating a total system power of 680 hp. The model is the sportiest car in the luxury segment - and not in spite of, but because of its hybrid drive system.


And customers seem to be very pleased with the hybrid models available: Since the market launch, around 60 percent of all vehicles in this model line delivered in Europe were equipped with these state-of-the-art drives. This figure was significantly higher on incoming orders in some countries and even reached around 90 percent in Scandinavia. Porsche Cars North America, Inc. looks forward to launching these new topperformance hybrids in the U.S. in the spring of 2018.


About Porsche Cars North America Inc. | One Porsche Drive, Atlanta, GA 30354 USA
Established in 1984, Porsche Cars North America, Inc. (PCNA) is the exclusive U.S. importer of Porsche 911, 718 Boxster and 718 Cayman sports cars; Macan and Cayenne SUVs; and Panamera sports sedans. Headquartered in Atlanta, Georgia since 1998, PCNA is also home to the first Porsche Experience Center in North America featuring a module-based 1.6 mile driver development track, business center, and fine dining restaurant, 356. The company operates a second Porsche Experience Center near Los Angeles. That 53-acre complex features a driver development track with eight educational modules totaling 4.1 miles, a business center, and Restaurant 917. PCNA employs over 300 people who provide parts, service, marketing, and training for 189 dealers. They, in turn, work to provide Porsche customers with a best-in-class experience that is in keeping with the Porsche brand's nearly 70-year history of leadership in the advancement of vehicle performance, safety, and efficiency. PCNA is an indirect wholly-owned subsidiary of Porsche AG, which is headquartered in Stuttgart, Germany.


At the core of this success is Porsche's proud racing heritage that boasts some 30,000-plus motorsport wins to date.


Note: Photos and video footage are available to accredited journalists on the Porsche Press Database at http://press.porsche.com/

Porsche Huntington is your source for factory authorized Porsche sales, parts, and service. Whether you are looking to buy new or used Porsche cars, looking for genuine parts, or servicing your car, our certified sales and factory-trained service team are here to help. In addition to wide select…

More Articles From This Author

04/02/2018 February 21, 2018Receive your new Porsche at a dedicated track with individual driving instructionAtlanta, Georgia. What is more exciting than getting a new Porsche? How about picking it up at one of the world's only dedicated Porsche driver development tracks, in a VIP experience just for you?The P... Read More »